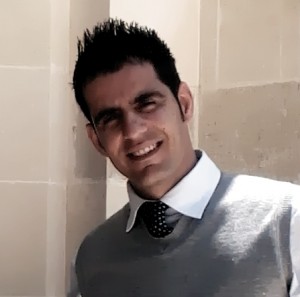 Giuseppe Urso is a Software Engineer with more of 15 years of extensive working experience in design and agile development of service-oriented applications and distributed systems in Java SE and Java EE technologies. He worked as System Architect and Java Developer with responsibilities in architecture design and implementation of several large scale projects based on Alfresco ECM and Liferay Portal. He has deep expertise with Amazon Web Services (AWS) and distributed integration platforms like Apache Active MQ, Apache Camel, Red Hat Fuse and IBM MQ Series.

Giuseppe’s educational background is in science, he having attended the “Liceo Scientifico”, the Italian Secondary School which covers disciplines like mathematics, physics, chemistry and biology. After the secondary school graduation, Giuseppe earned a Master’s Degree in Computer Science and Engineering at the University of Salento in Italy. He is a licensed engineer and member of the Professional Engineers Association “Ordine degli Ingegneri della Provincia di Lecce”. Giuseppe is Alfresco Certified Administrator and committer on the Alfresco-SDK opensource project. As Open-Source enthusiast he runs a personal blog at www.giuseppeurso.eu where he writes articles and useful guides about Java, Alfresco, Liferay and practices of GNU/Linux system administration.

For Giuseppe, the computer science technology is a passion in addition to being a job. He remembers how extremely difficult it was during the 80s to have access to a any computer technology or to find books or manuals to learn programming. Fortunately nowadays everything is much more easy. Google is a window that looks on the human knowledge’s world, anyone, from any part of the the world, can open it while he’s comfortably sitting on his armchair!

Maxim: Avoid the Gates of Hell. Use Linux!