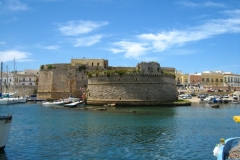 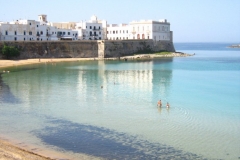 According to a legend, Gallipoli was founded in ancient times by Idomeneus of Crete. Historically, what is known is that Gallipoli was a city of the Greater Greece, ruling over a large territory including today's Porto Cesareo. The Old Town includes a small bay where is located a beach called "Spiaggia della Purità". 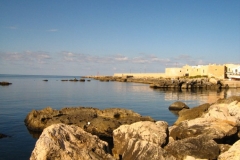 Nowadays the most important activities in Gallipoli are based on fishing and tourism. Both cliffs and beaches with a typical white sand, are characteristic of the South Coast of Gallipoli. 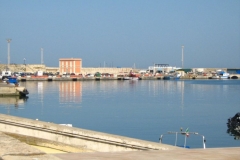 In past times the economy of Gallipoli was based on the international wine and oil commerce. In the North coast is located the commercial harbour. Gallipoli also boasts a very recently built harbour for private boats, located just steps from the bottom of the main Corso Roma.